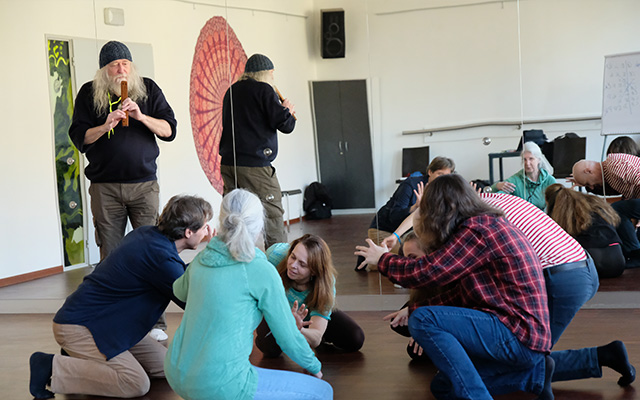 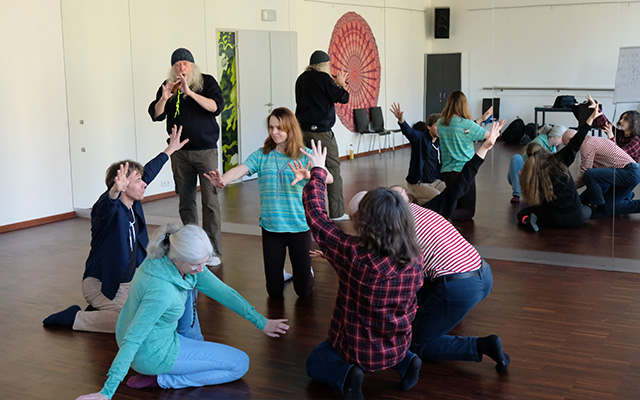 Theater Workshop 2020 "Theater of the Oppressed"

Workshop participants will learn what is behind the term "Theater of the Oppressed". In the workshop we will also use forms of Forum theater and Process theater. Process theater is a form of theater that actively improvises and focuses on the causes and consequences of impaired communication skills and related obstacles (most problems arise due to lack of communication). At the same time we eliminate the classic difference between the actor and the viewer. In this process, the actor can often become a spectator, and the viewer can become an actor, with the crucial difference that the viewer who becomes an actor does not know that he is an actor during the action. Process theater works intuitively, improvises, interacts with elements of epic theater, is an attempt to further develop the oppressed theater founded by Augusto Boal.

"Theater should not only interpret reality, but should help change it." Lek uses this credo by August Boal as the basis of his interactive theater workshops. It is not a lecture or a recitation of monologues from paper. It is a workshop where people play, run, scream or are absolutely silent. It is a workshop where a group of actors becomes a team through play. A workshop where the student is almost always on the move but does not solve his physical fitness.

Last but not least, participants can act as screenwriters who collectively record the course of the workshop. Who knows, maybe a great theater play will be created. As a result of the workshop there will be a short performance presented during the festival.

Participants need nothing but clothes in which they can lie on the ground, jump and run, a scarf, a pair of laces and a notebook and a pencil.

The workshop will be held in Czech, but is also suitable for participants who speak English, German, Slovak, Hungarian, Polish or who do not speak at all.

The maximum number of participants is 20! 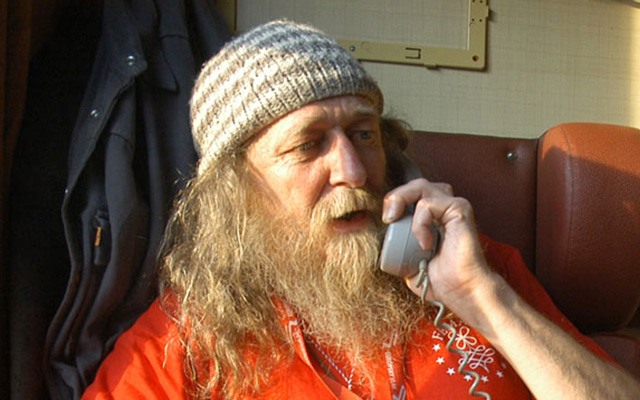 Lek was born, raised and studied in Germany. He played theater as a child. He studied literature, devoted himself to psychology, and graduated in literary science. Lek is a certified cultural manager and trained at the International Theater-Therapeutic Conference in Olomouc.

He works as a performer, musician, cultural manager, teacher of German language (teaching using theater techniques), is a member of the Cultural Commission in Berlin - he evaluates international funding of cultural and educational projects. He writes stories, poems, fairy tales and screenplays.

Lek is the initiator, screenwriter and actor of the first experimental documentary film with the so-called invisible theater. The film "Inner noise" documents the situation in the border town of Görlitz (DE) - Zgorzelec (PL) at the time of border checks.

He leads workshops of intuitive writing, improvisation theater and theater workshop with alternative and experimental forms of theater (such as "Theater of the Oppressed") in international projects in various countries, eg theater workshop during the "Aye Aye" (France). Lek is also involved in theatrotherapeutic work in crisis areas in Armenia, Georgia and Ukraine.

As usual, the acting workshop will take place in the Cultural Center - Kulturní Centrum Střelnice, Markova street no.311, Turnov. Workshops will run on Thursday, February 21, Friday February 22, and Saturday February 23 from 9:00 am.

Food and accommodation is provided by each participant himself, can be ordered in advance. The group will be informed by email.

Entries are only valid with the payment. Payment from international participants will be collected in cash on the first day morning.

To maintain the quality of work and communication during workshops, capacity is limited!

Application for Workshop 2020 is now closed.